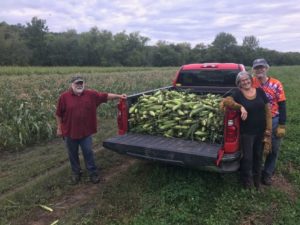 Delayed by a day because of rain today’s harvest was excellent. My eyeball estimate is about 400-500 pounds delivered to the Pillsbury United Community Food Bank at Waite House in Minneapolis’ Phillips neighborhood. This was a singer’s harvest: thanks to (L-R) Chuck Lentz (of the famous shanty group The Eddies) and (safely socially distanced from Chuck) Robin and Eric Nelson.

Great harvest, great crew, great campout but a bit soggy picking – hey – that’s farming! Big thanks to Gonne Asser (2nd from L) who organized the teen picking crew of Clara, Elie, Julia, Nora and Talia plus the Fields family (on truck) Jordan, David and Trenne. We didn’t actually weigh the harvest but my guesstimate is that we delivered about 700-800 pounds of corn to the Pillsbury United Community Food Shelf in the the Phillips neighborhood of Minneapolis. Thank you, once again, to all the volunteer corn pickers. I wish you could have seen how welcome the harvest was when I delivered it. 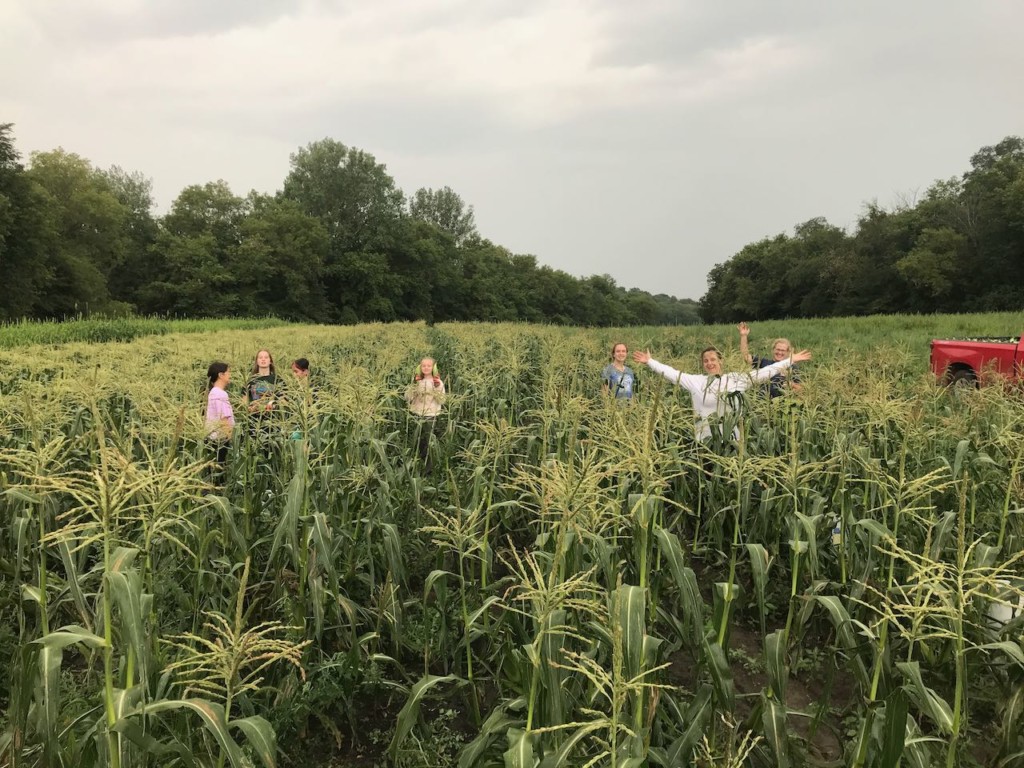 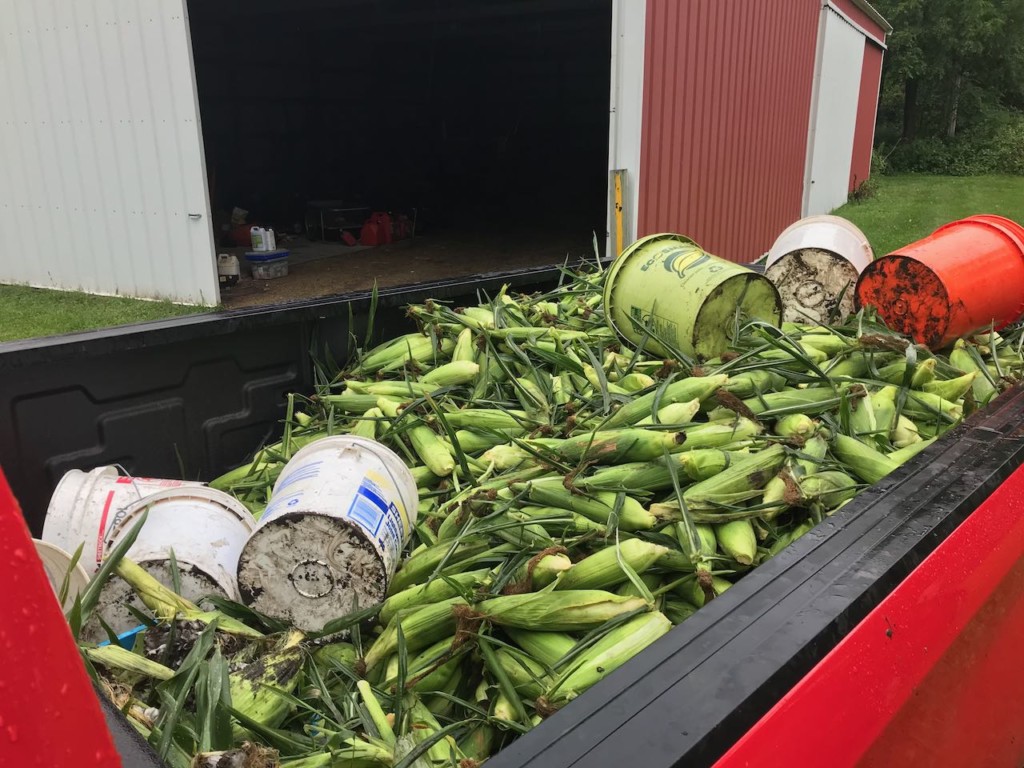 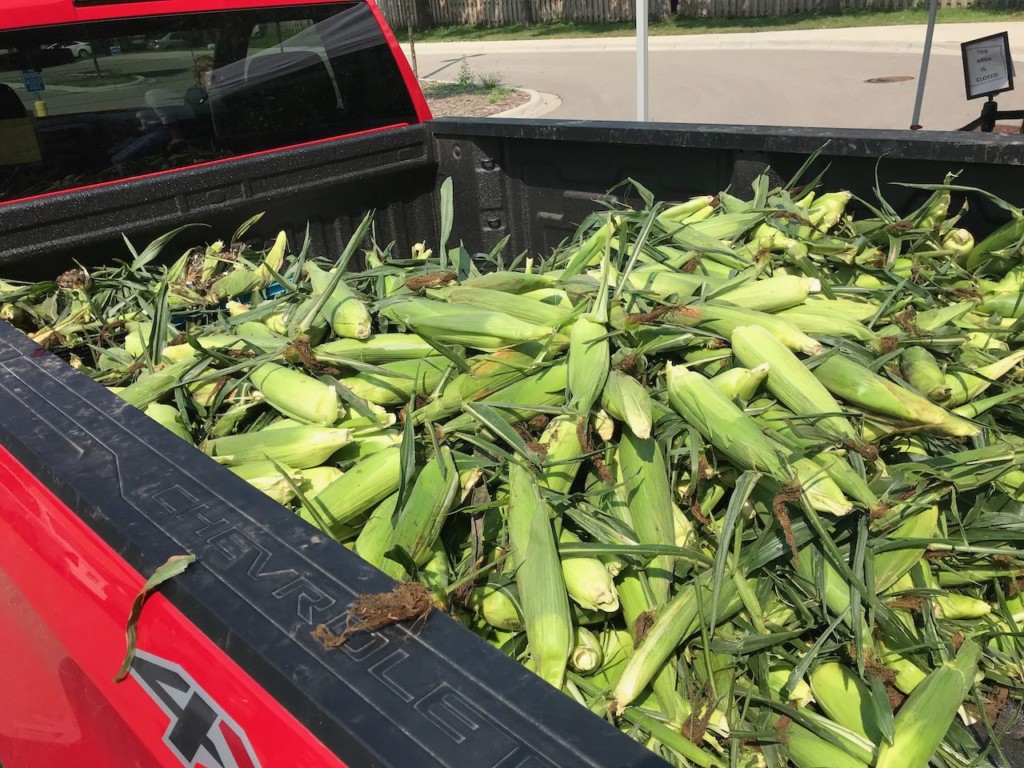 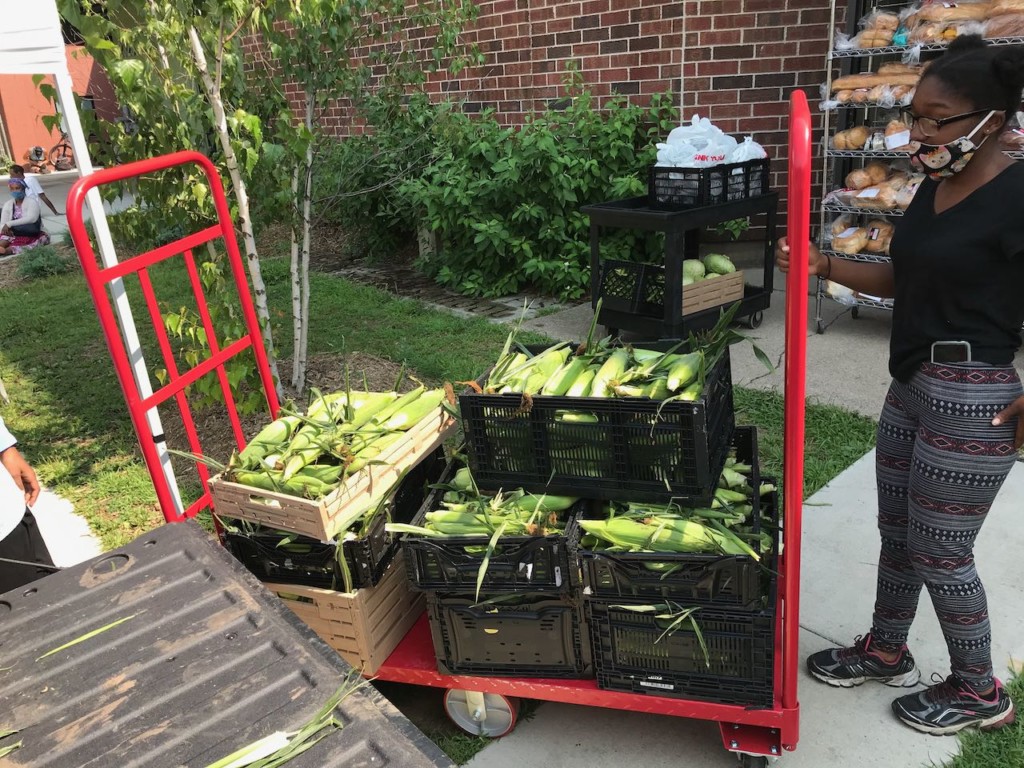 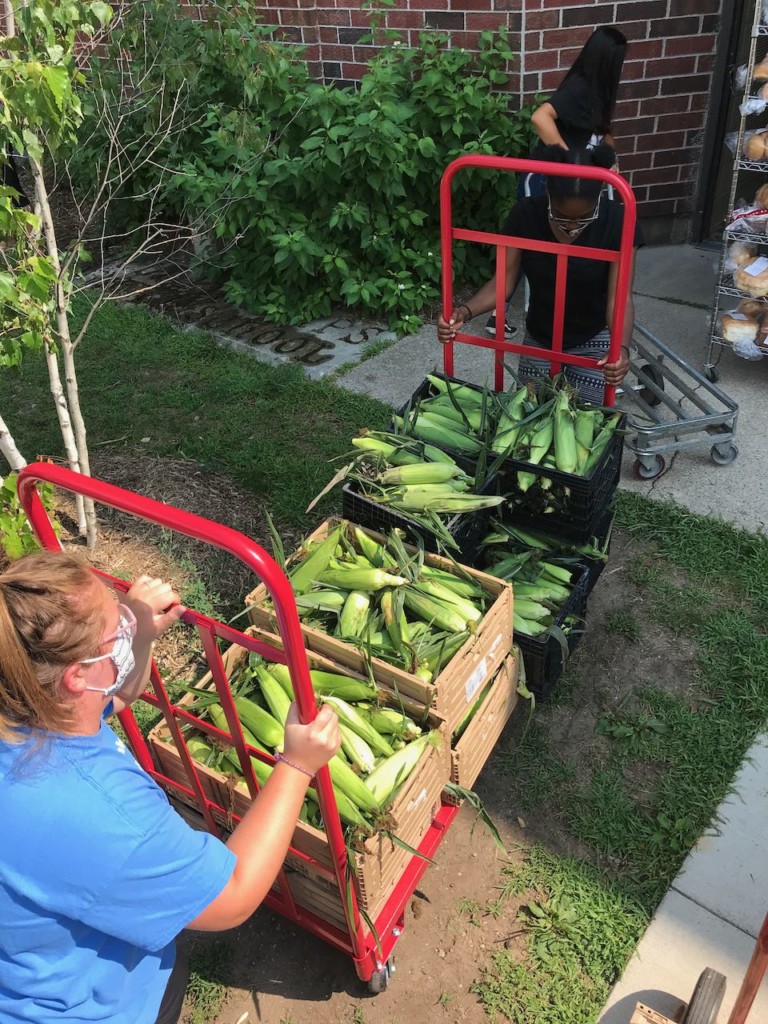 A gorgeous campfire under the stars with juicy conversation followed by a lovely morning’s harvest. Thank you (L-R) Roger Cuthbertson, Luca Gunther, Andy and Caroline Vaaler. This harvest was the perfect quantity for the Joyce Uptown Food Shelf (which happens to be around the corner from our volunteer corn pickers’ neighborhood!). Thank you, one and all. 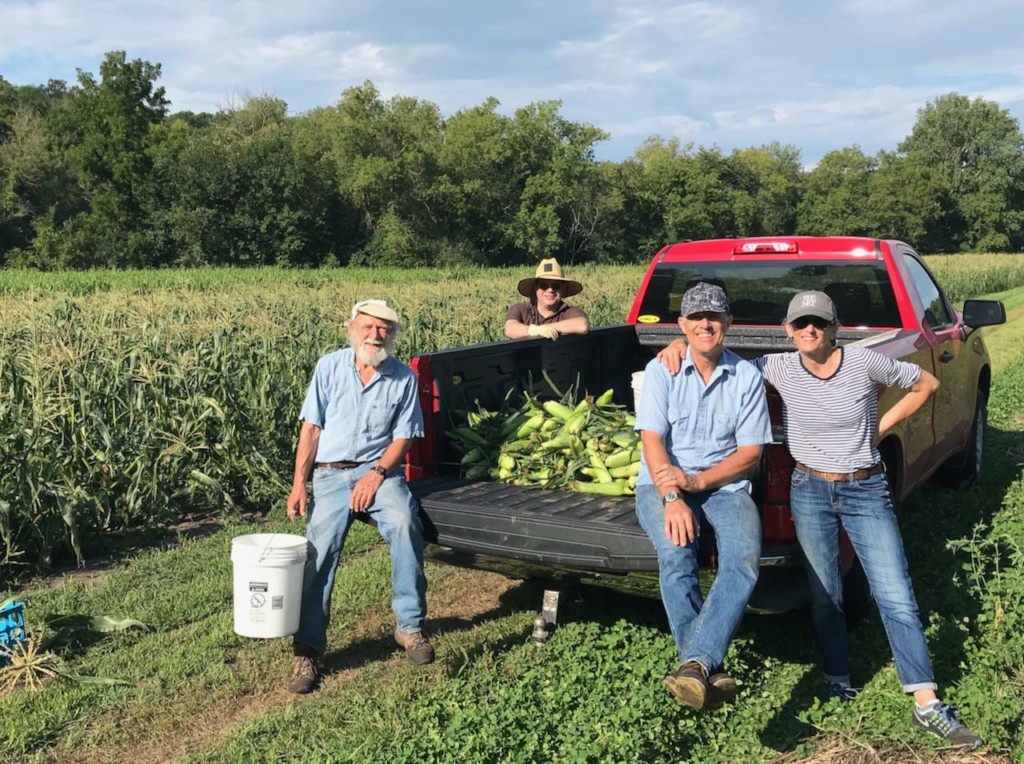 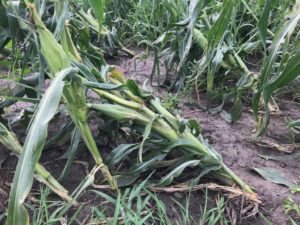 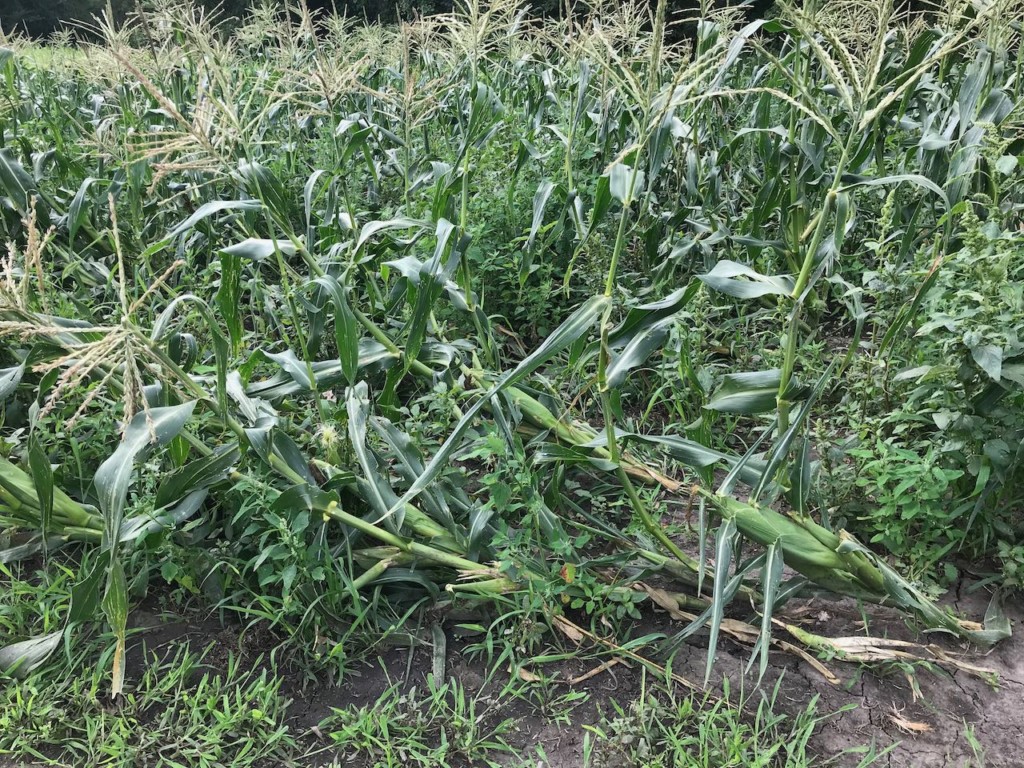 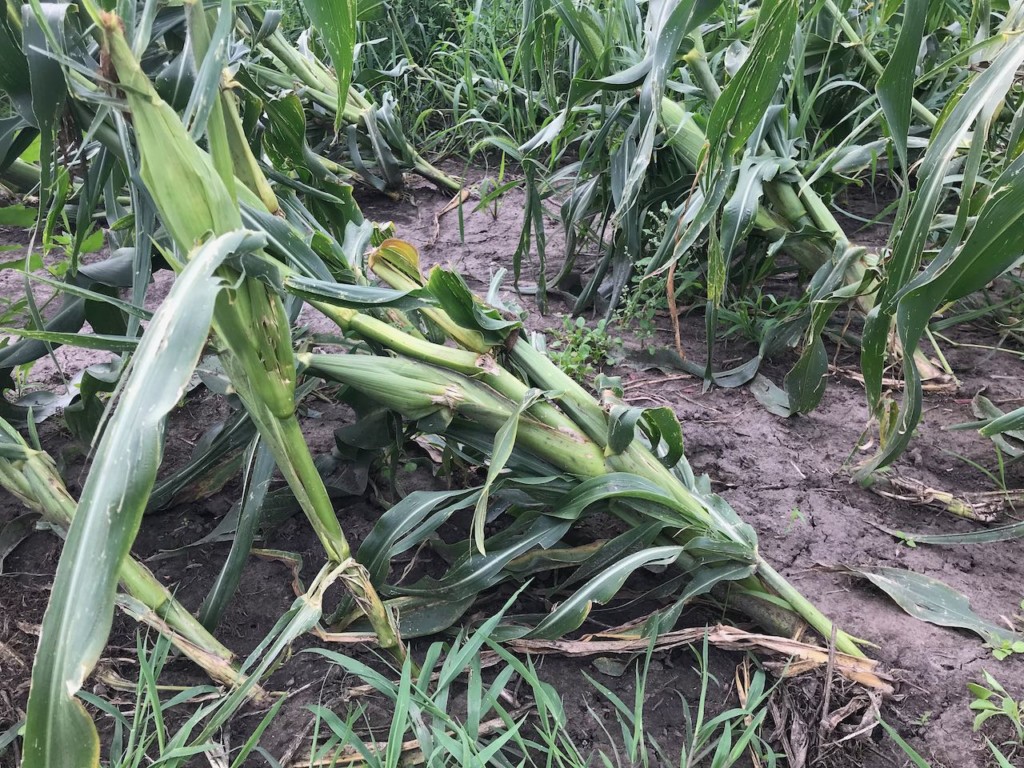