Sunday night we had an epic thunderstorm with some of the most violent winds I’ve ever seen. In the morning I found the corn had been knocked sideways – most of the stalks were standing at a 45 degree angle. I worried “What will this mean for the harvest?” 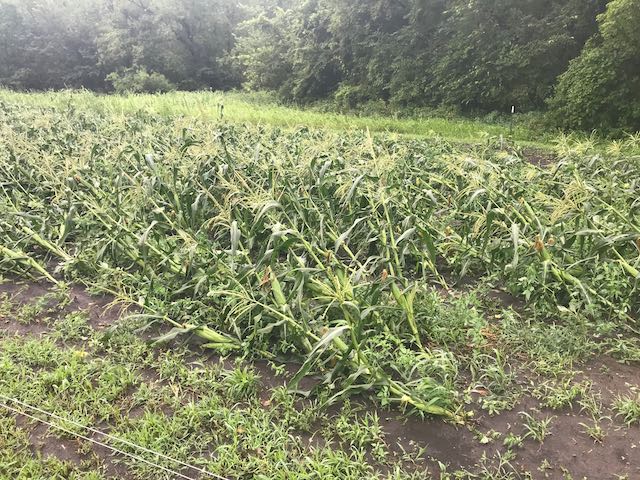 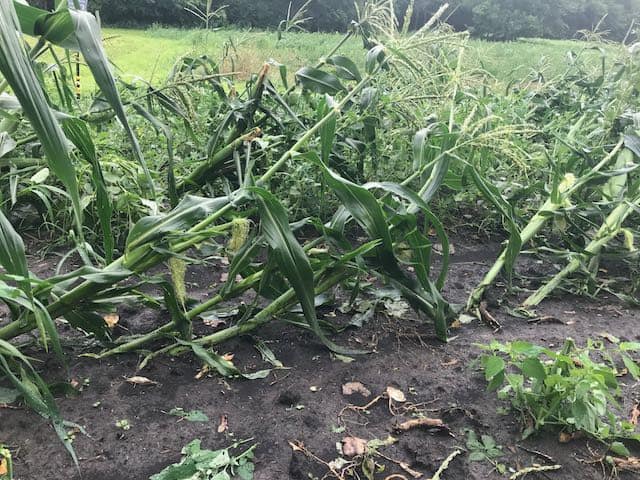 Update, Wednesday August 12th. Turns out corn wants to grow straight up and down. Look at how this cornstalk bent to stand upright. They all did. Mother nature is amazing!

This corn stalk has straightened itself to grow upright after being knocked down by straight line winds.